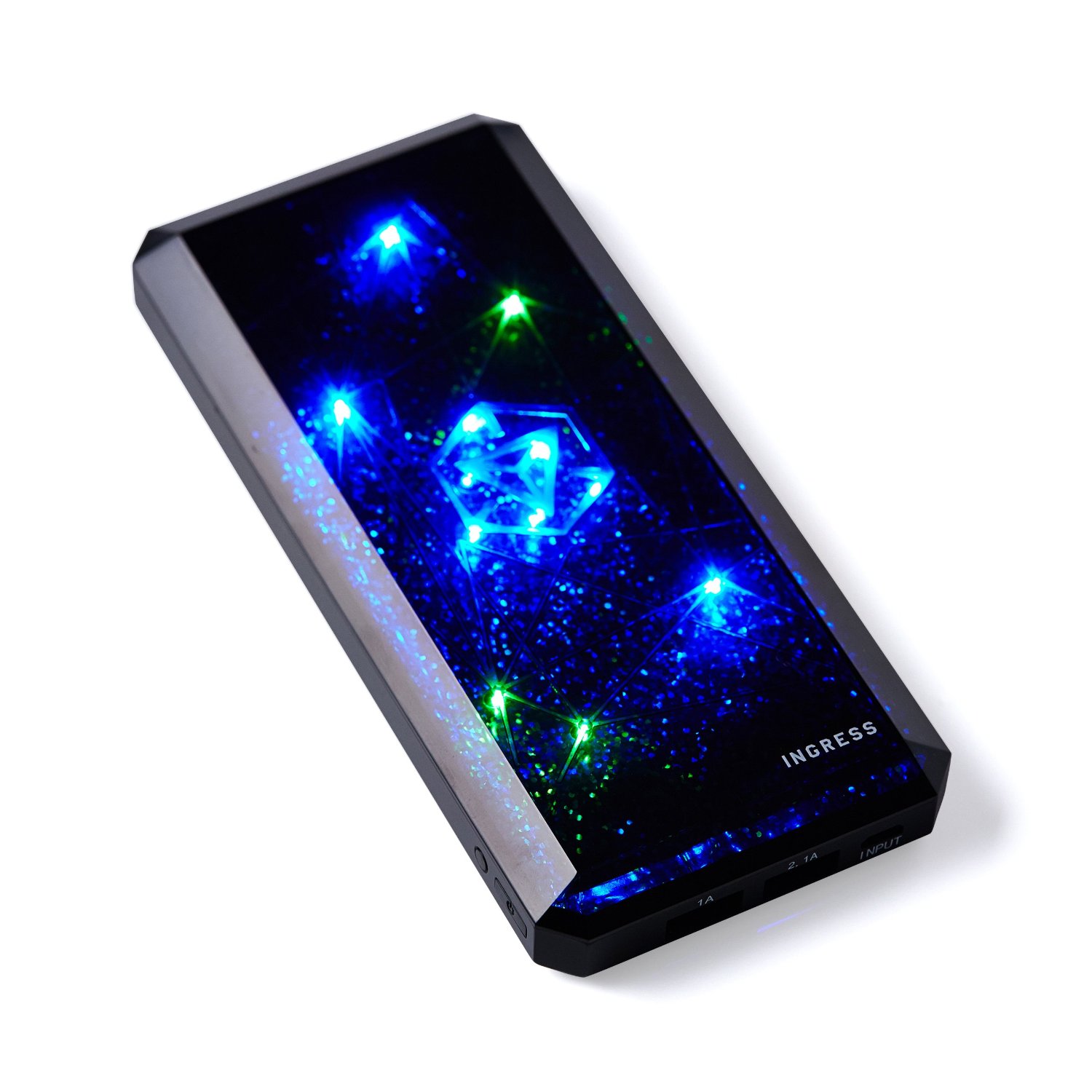 Cheero are making a very bold statement with the Ingress Power Cube. They’ve teamed up with Google Labs’ Ingress MMO game to bring you a classy external power bank to keep your devices going. Ingress in a GPS-based MMO reality game originally founded in Google Labs and then further developed by Niantic Labs. It allows users to interact with a virtual gaming world by moving around in the real world, using GPS technology. Ingress can be played from any Android or iOS device that has GPS functionality – so it is likely for extended gameplay you need extended battery-life.

12000mAh is beyond what I would call extended battery life. The Ingress Power Cube can charge an iPhone 6 ten times over from zero in only one charge. That gives you more than your desired gameplay time.

But, it should not be confused that this Ingress Power Cube is not solely built for those who play the MMO game. This power cube is also made for those with an eye for sleek design. In short, it is very well constructed and looks beautiful.

It features an all-black design with varying curved faces and sharper, more obvious edges. The packaging also shows real intent of a seriously premium product, built for those who are serious about their technology. The front face is designed in such a way that the LED lights behind the outer shell appear to be three-dimensional and holographic which is a pleasant addition. Aside from the surprisingly well-engineered LED lights within the semi-translucent face of the power bank, it offers two standard USB output ports that can be used simultaneously if required. USB port A offers a 5V 2.1A output suitable for powering and charging larger smartphones and tablets whilst Port B offers the standard 1A output that will charge almost all other devices at their standard rate. The output options are nothing short of standard. This is now the basic expectation from power banks, and the Ingress Power Cube fortunately does not fall short. The emphasis here, though, should be on the attention to detail and great construction of the power bank device. It is a solid, robust and well-built power bank that looks and feels premium.