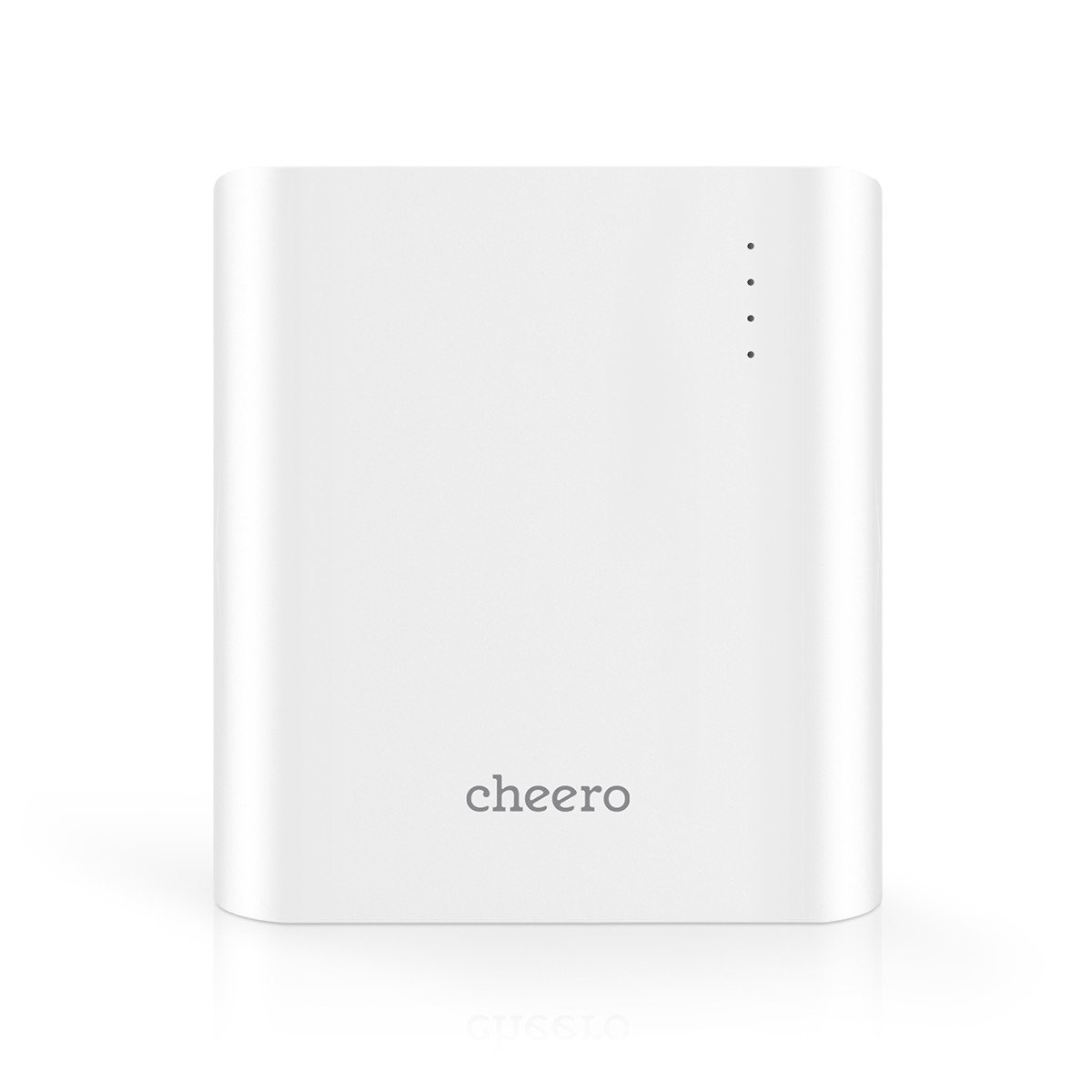 The Cheero Power Plus 3 is the latest edition of the Power Plus lineup from the Japanese manufacturer. With many positive reviews on earlier editions, the Power Plus 3 has been set a high benchmark to match in terms of value for money, design and build quality. It is fair to say that the Cheero Power Plus 3 does not go above and beyond the previous generations however some important improvements have been made whilst keeping up the standard.

The new Power Plus 3 has had a complete redesign. Cheero have decided to drop the cute and personal design and opted for a more minimalistic, clean and professional shell to house the power bank. Colours are a lot more neutral too with the Cheero Power Plus 3 available in only pearl white. The starting price of the Cheero Power Plus 3 is also more moderate compared to previous generations. But, practicality has not taken a hit as a result of the reduced entry price. The power bank still has two USB output ports of 2.1A and 1A; suitable for powering small electronic devices and smartphones to larger tablet devices.

It also boasts a huge 1340mAh internal battery which is enough to charge an iPhone 6 from dead ten times over! Cheero have claimed that they only use high-quality, Japanese-engineered battery cells for steady and reliable output as well as a long product life. Judging by previous releases from Cheero, this company is very serious about producing high-quality products and so the Japanese batteries claim is a good word to go by.

When it comes to competition, the Cheero Power Plus 3 is nothing special, but in fact it does a great job in being bob-standard. It does exactly what you ask of it, and it does it well. It has a very solid build quality and looks to be a power bank that will outlast several of your smartphones and tablets which is always a good sign. Unlike rival products from Anker, the Cheero is from a less well-known brand in the Western markets and so you can easily pick up a power bank that may outlast and outpower an Anker equivalent for a lot less money.