Disadvantages Of Amazon Drive For Photos 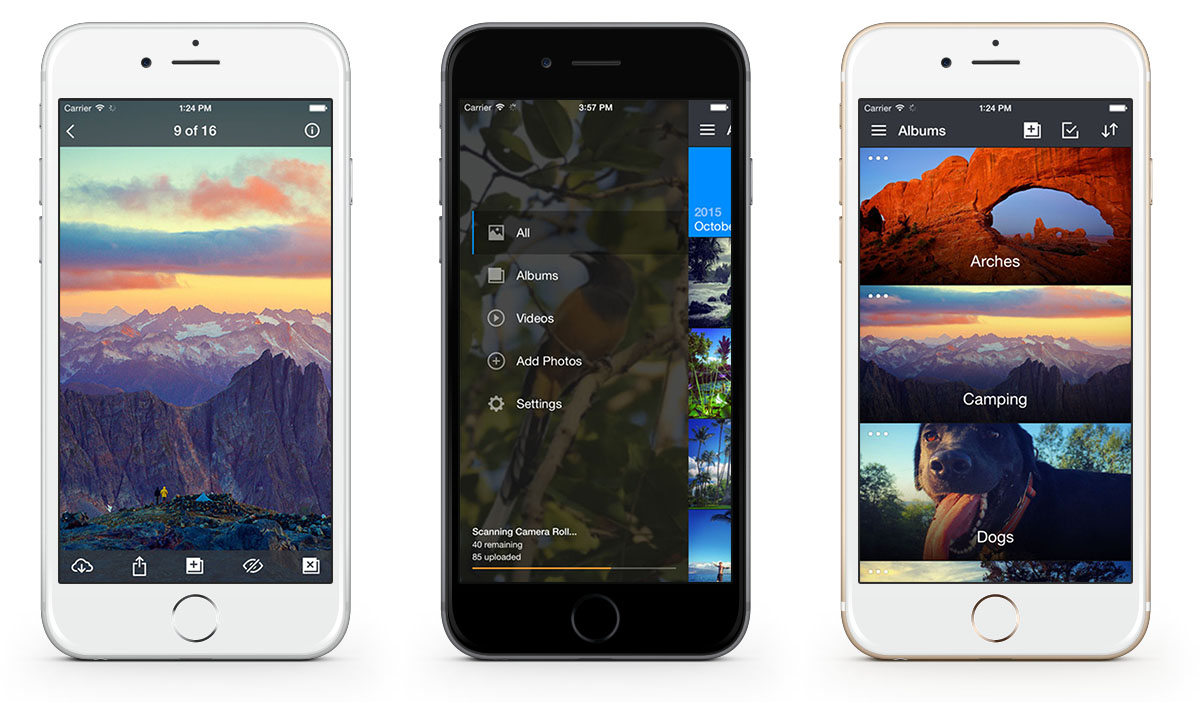 Amazon Drive (previously known as Amazon Drive) was initially announced in 2011 and would try to squeeze in to a market already dominated by the likes of Dropbox, Apple iCloud, Google Drive and Microsoft One Drive. Amazon decided to bundle Amazon Drive with Amazon Prime, meaning that customers paying £79 for the benefits of Amazon Prime would get Amazon Drive free of charge!

The biggest selling point of Amazon Drive is that it offers unlimited storage of photos in the cloud. This is unrivalled by any other cloud-hosting service. Google Drive comes close, but requires you to scale down and optimise large image files to avoid filling up your storage quota. Amazon Drive, however, allows the storage of full-resolution images (including RAW!) as part of the ‘unlimited quota’. This does include image files beyond 25MB.

But, there are disadvantages too. I have used Amazon Drive for just over a year now, and the shortfalls are becoming hideously obvious. I only use the service to store images from events, making use of their unlimited photo uploads policy. Amazon have promised a whole bunch of features and improvements that they are working on, however, a year on and nothing has changed. Though the service may suffice for most users, some features mean that Amazon Drive struggles to compete against basic services such as Dropbox.

Many readers will think that some of the feature requests (current disadvantages) below are unfair. And you are probably right. But if the technology is available, and makes the software more convenient and enjoyable to use, what is the excuse for not implementing the feature?

So Amazon Drive allows you to upload images to a folder or album (there’s very little difference between the two). It also allows you to create a link to share the collection of images with friends and family – great. Now what if you send your family an album of your graduation with a few hundred photographs. They may decide they want to download and save a local copy of fifty images. Unfortunately, Amazon Drive does not allow you to select multiple images and download them all together! Seriously!

When visiting a shared album link from a browser, you can select multiple images when viewing them as thumbnails. But as soon as you select more than one image the ‘Download’ button greys out. In the current version of the documentation, it states that you can select multiple images to download as described above. This must mean that the feature is a work in progress, and that the development team behind Amazon Drive are working on it. However, this was a problem in December 2015 and still has not been resolved in July 2016.

After speaking to Amazon support staff they simple said that the feature is not available and that feedback has been passed on to the development team to make the Amazon Drive service better for customers.

One of my favourite things about Dropbox is how it allows you to sync entire folders with the cloud. That means you can get access to versions of files on the Dropbox server without having an internet connection because there is a local copy on your computer’s hard drive. If you make any changes (edit, move or delete) the file or image; it is automatically updated on the Dropbox servers.

The Amazon Drive application has no such features. In fact the desktop application is very bland and simple. It’s great for simple, bulk downloading and uploading tasks – but nothing more. The desktop application has two screens: Upload and Download. From the Upload screen you can select which images you want to upload to your Amazon Drive and select the folder to which they will be saved. The Download screen allows you to select an entire folder to download, but you do not have the option to select few photos or browse what is in each folder. The desktop application is very bland and bare. Amazon should consider at least adding a GUI to allow browsing and selection of files and photos on the cloud, and if possible the option to sync folders as with Dropbox.

Optimising photos for browsing and downloading

Google Drive only displays optimised versions of images on its web app. When a user clicks the download, it then initiates a download of the full-resolution image. This saves bandwidth whilst browsing images and also ensures a much more enjoyable experience when browsing through albums of hundreds of large image files.

Though I am sure Amazon Drive has some optimisation and compression algorithms in place for displaying photos – it is not good enough. I have found far too often that previews of images fail to load or take far too long. The same images uploaded to Google Drive work as expected and almost never failed to load during testing.

Recognising between JPG and RAW

This isn’t something I have tested on other services, and given that One Drive, Dropbox nor Google Drive are aimed at professionals I do not expect them to have the feature out of the box either. Since Amazon allows unlimited uploads of photos I think it would be a cutting-edge feature to recognise that some users may upload a JPG and RAW version of the same image. Instead of showing it twice when browsing, it should offer some sort of filter whereby users can choose upon downloading, whether they want to download the JPG version of the image file or the RAW version of the file.

This is a feature I am praying Amazon Drive will someday implement. I am happy to be patient because I understand the complexities with such a design, however I believe it will make Amazon Cloud Drive (and therefore Prime) a much more attractive option to customers compared to Apple iCloud.

If Amazon can create full sync-integration between the macOS Photos application and their cloud service, it would deem iCloud useless to me. Currently, iCloud is the only service that can create a readily-accessible cloud backup a Photos library. Even if Amazon can introduce a feature that simply uploads all images from a Photos library to the cloud – that will be sufficient. Full synchronisation of events, geographical data, faces and more would be fabulous but a big ask.

It is possible to store the Photos library file in a folder synced by Dropbox however, this will result a single, incredibly large file. Every time a single photo is updated in the entire library, Dropbox will attempt to re-upload the entire library because of its filetype and storage protocol. Therefore, conventional cloud options (excluding Apple’s own iCloud) are not yet suitable for most Mac users.

General concurrency across all platforms

There seems to be a great miss-match between the features offered across the Amazon Cloud Drive applications. For example, on the iOS Amazon Photo app it is possible to change the Key Image of an album however this is not possible through the desktop or web application.

Users can bulk upload from desktop application, but cannot upload from the iOS app at all (excluding camera roll syncing). Here’s to hoping Amazon take onboard feedback from this article, and others, in order to deliver an application suite which is above and beyond what any of its competitors offer. I believe it is in Amazon’s best interest because their strengths come from being very customer-orientated, so give the customers what they want!